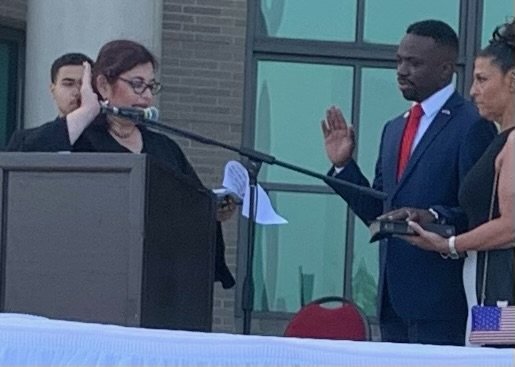 Aransas County Republicans were in attendance at the Oath of Office Ceremony for L.J. Francis on New Year’s Day. He takes office as the Position 2 representative on the Texas State Board of Education.

The Oath of Office was given on 01/01/2023 at the Federal Building in Corpus Christi and attended by approximately 75 supporters.

During his speech, L. J. stated “it was meaningful to have his Oath of Office at the Federal Building as this is where he received his Oath  of Citizenship. It was one of the most memorable times in his life.”

Congratulations to L.J. Francis and his family, we know you’ll represent us well!